What are Eating Disorders?

Eating disorders are conditions that cause dramatic changes to the sufferer’s everyday diet, such as eating extremely small amounts of food or severely overeating. A person with an eating disorder may have started out just eating smaller or larger amounts of food, but at some point, the urge to eat less or more spiraled out of control. Eating disorders – such as anorexia, bulimia, and binge eating disorder – are some of the most challenging mental illnesses, as they involve extreme emotions, attitudes and behaviors surrounding weight and food issues. Untreated, they can result in severe medical complications and even death in certain cases.

The three most common types of eating disorders are anorexia, bulimia and binge eating:

Anorexia nervosa is a serious, sometimes chronic and potentially life-threatening eating disorder defined as the inability to maintain a weight that is 85 percent of what is recommended for the person. Many people with anorexia nervosa see themselves as overweight, even when they are clearly underweight. They become obsessed with eating, food and weight control. People with anorexia nervosa typically weigh themselves repeatedly, portion food carefully, and eat very small quantities of only certain foods. Some may also engage in binge-eating followed by extreme dieting, excessive exercise, self-induced vomiting, and/or abuse of laxatives, diuretics or enemas.

Some who have anorexia nervosa recover with treatment after only one episode. Others get well but have relapses. Still others have a more chronic, or long-lasting, form of anorexia nervosa, in which their health declines as they battle the illness. Physical symptoms can include thinning of the bones, muscle weakness, heart damage, brain damage and multi-organ failure. People with anorexia nervosa are 18 times more likely to die early compared with people of similar age in the general population.

Bulimia nervosa is characterized by a destructive pattern of binge eating – uncontrolled bursts of overeating unhealthy food – followed by guilt and reactionary behaviors to control one’s weight by eliminating what was eaten. Such “purging” may include self-induced vomiting and the abuse of laxatives, enemas or diuretics. People with bulimia may also exercise excessively, or severely restrict their food intake with crash diets.

Unlike people with anorexia nervosa who are clearly very thin, those with bulimia nervosa usually maintain a healthy or normal weight, or may be slightly overweight. They also obsess over weight, and are intensely unhappy with their body size and shape. The binge-eating and purging cycle happens anywhere from several times a week to many times a day. It usually occurs in secret, because the individual has feelings of shame or disgust. Physical symptoms include a chronically inflamed and sore throat, decaying teeth, intestinal problems, severe dehydration, and electrolyte imbalances, which can trigger a heart attack.

An individual with binge-eating disorder loses control over his or her eating. However, in contrast to bulimia nervosa, periods of binge-eating are not followed by purging, excessive exercise or fasting. As a result, people with binge-eating disorder often are overweight or obese, and at higher risk for developing cardiovascular disease and high blood pressure. Their binge eating creates feelings of shame, guilt and distress, which can trigger more binge eating.

How common are Eating Disorders?

Scientific studies suggest that nearly one in 20 people will experience symptoms of an eating disorder at some point in their lives. They frequently appear during the teen years or young adulthood but may also develop during childhood or later in life. A new study estimates that approximately a half million teens struggle with eating disorders or disordered eating. About 2 percent of American adults struggle with binge eating disorder, the most common type.

In general, treatment of these challenging mental illnesses involves a multidisciplinary team of clinicians to help an individual dealing with an eating disorder. This usually includes a primary care doctor (e.g., pediatrician or internist), a nutritionist, a therapist and a psychiatrist. Working together, members of the treatment team can help to meet the medical, nutritional and psychiatric needs of individuals with an eating disorder. Care should be coordinated and provided by a health professional with expertise and experience in dealing with eating disorders.

Many people with eating disorders respond to outpatient therapy, including individual, group or family therapy and medical management by their primary care provider. Support groups, nutrition counseling, and psychiatric medications administered under careful medical supervision have also proven helpful for some individuals. Family-based treatment is a well-established method for families with minors. For children and adolescents, family therapy is considered essential.

Some research suggests that the use of medications, such as antidepressants, antipsychotics or mood stabilizers, may help some patients with eating disorders, primarily in treating anxiety and depression symptoms that often occur with eating disorders. Different forms of psychotherapy, including individual, group, and family-based, can help address the psychological underpinnings of these illnesses.

To reduce or eliminate binge-eating and purging behaviors, a patient may undergo nutritional counseling and psychotherapy, especially cognitive behavioral therapy (CBT), or be prescribed medication. CBT helps a person focus on his or her current problems and ways to solve them. CBT that is tailored to treat bulimia nervosa is effective in changing binge-eating and purging behaviors and eating attitudes, and in creating more effective coping strategies. Therapy may be individual or group-based, and medications are sometimes helpful.

Treatment options for binge-eating disorder are similar to those used to treat bulimia nervosa. Psychotherapy, especially CBT that is tailored to the individual, has been shown to be effective. Again, this type of therapy can be offered in an individual or group environment. Antidepressants may reduce binge-eating episodes and help lessen depression in some patients. 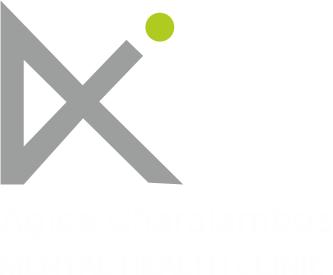